There are at least 10 different schools. The cognitive perspectives differ in the degree to which they view the environment as a determinant of action, thinking and emotion. The influential cognitive approach assumes that mood and behavior are influenced by distorted and dysfunctional thinking and that inaccurate and biased forms of thinking are common to all psychological disorders. For each disorder there is a unique set of thought distortions and underlying beliefs (schemas). Therapeutic activities should promote realistic, accurate and balanced thinking. The modification of thinking will produce changes in mood and behavior and establish lasting therapeutic change. Schemas are cognitive structures that can predispose persons to emotional and behavioral disorders and influence evaluation and interpretation of experiences.

In contrast, behavior theory and therapy avoid to ascribe mental concepts a causal role in behavior, instead they place emphasis on the physical environment. Thinking and emotional responding are examples of behavior, according to the behavioral perspective.

Because of the different origins and frequently conflicting theories regarding the determinants of behavior of cognitive and behavior therapies, cognitive behavior therapy incorporates several points of view that can be contradictory or even incompatible.

Which underlying assumptions and common features exist in behavioral interventions in CBT?

Which behavioral views on abnormality exist?

Individuals who have psychological disorders or who display problematic behaviors are often considered as deviant or abnormal because of the dominant role of ‘deviant’ or ‘defect’ models of abnormality. Psychological disorders are often regarded as having maladaptive schemas and underlying diseases or biological processes are presumed to underlie psychological syndromes. The internal defect that the person has must be changed, removed or altered in some way to no longer be disordered.

Behavior theorists and therapists do not search for internal causes of behavior. Although it is acknowledged that genetics might predispose individuals to react in certain ways, they are primarily concerned about what a person does and the context where the behavior occurs. Culture provides the context for referencing which behaviors are (ab)normal. Cultural norms and values can change over time (homosexuality was seen as a mental disorder until the 70s).

From a behavioral perspective normal and abnormal behavior is shaped by the same determinants. It is assumed that there is nothing inherently defective or deviant about people who report emotional or behavioral problems.

How are behavioral interventions within CBT described and applied?

How can behavior be placed in its context?

Psychological disorders from a behavioral perspective are defined by behavior, occurring both within the individual (covert behavior such as thoughts) and as actions that can be observed by others (overt behavior). The environment establishes the context of such behavior.

The three-term contingency concept of Skinner represents the basic unit of analysis within some forms of behavioral therapy. It consists of three elements:

This framework is often used to develop hypotheses about behavior.

Engaging in certain behavior depends on the learning history of behavior under similar conditions and reinforcement. When behavior was successful in the past, it is more likely to occur in similar current and future environments.

Why do people act the way they do?

Functionalism is a term based on the evolutionary theory of Darwin. The physical structure of a species is determined by its associated function. Natural selection is selecting the most adaptive physical structures with functional properties that are associated with the enhancement of gene fitness. People are more likely to select functional behavior that produces reinforcing consequences.

Behavior varies and some units of behavior are selected because they are more successful than other units. Environmental determinism is the process of selection of variations in an individual’s behavior during his or her lifetime. Cultural norms are also selected. Norms that proved to be most beneficial or enhance fitness tend to be retained over time.

Contextual approaches in behavioral theories focus on how events and behavior are organize and linked together in meaningful ways. Contextualism is about the context within behavior takes place, also called the contextual flow in which behavior occurs.

What are common features among behavioral assessments?

Therapies differ in underlying theories and presumed mechanisms of behavior change. Cognitive therapies, for example, focus on automatic thoughts, underlying assumptions and schemas. Every therapy targets on the most central determinant or cause of problematic behavior as understood by the associated theory. Consequently the types of interventions vary between the different therapies.

In the assessment of clients, behavior therapies focus on the behavioral repertoire to see if it is necessary to learn new alternatives and the context within which the problematic behavior occurs. They are looking for internal and external factors that maintain problematic behavior. The motivation to change is also important. Behavior therapists see motivation as a condition resulting from environmental events and is changeable by manipulations of the environment.

The following features are assessed an evaluated in the behavioral assessment:

Even though some people have similar problems, the factors that influence behavior vary across individuals.

General characteristics of behavioral interventions are:

What is the history of behavior therapy and behavioral interventions within CBT?

Which basic theories of learning exist?

In the late 1800s and early 1900s Ivan Pavlov and his colleagues studied reflexive and conditioning processes. Respondent or classical conditioning is that environmental stimuli yield a reflexive, innate (unlearned) response. For example, when a rubber hammer is struck right below the kneecap (unconditioned stimulus, UCS), a reflexive kneejerk response follows (in this case an unconditioned response, UCR). A neutral stimulus object or event will come to acquire certain stimulus properties over time when repeatedly paired or associated with the UCS. This neutral stimulus becomes a conditioned stimulus (CS). The CS will excite a response (conditioned response, CR) under some circumstances that seem quite similar to the UCR produced by the UCS.

Generalization is the process of CRs who often occur in the presence of stimuli that are similar to the CS. When the CS is presented several times without the UCS the conditioned response disappears (extinction).

Which early applications of learning theories to behavior change exist?

It was not until the early 1960s that therapeutic interventions based on behavioral principles began to have widespread influence. There were some earlier efforts, for example the work of Mary Cover Jones in 1924. She found that a child's fear of an animal could be decreased through counterconditioning methods. Earlier efforts did however not result in an immediate impact on clinical research and practice.

How did behavior therapy emerge?

The beginning of behavior therapy took place in the late 1950s. Wolpe published the first treatment procedure based on reciprocal inhibition. According to Wolpe anxiety and neurotic states could be reduced or eliminated by pairing the experience of anxiety with an inconsistent feeling such as relaxation.

Eysenck introduced the term behavior therapy and published a book with different treatment methods (for example desensitization and aversion therapy), based on the Pavlovian learning theory. Behavior modification is the change of behavior through learning principles.

How did CBT emerge?

In the 1970s CBT became firmly established. Bandura came up with the social learning theory, later termed as the social cognitive theory. He elevated symbolic cognitive processes to determinants of behavior. Whether or not certain behavior will be demonstrated is influenced by the individual’s belief about his or her ability to perform the behavior. The 'cognitive revolution' was underway and clinicians and researchers sought to incorporate cognitive mediators of learning into their models of abnormal behavior.

How does the next generation of cognitive and behavior therapies look?

A new generation of CBT represents a theoretical evolution with many new approaches such as acceptance and commitment therapy (ACT) and dialectical behavior therapy (DBT), which emphasize factors like emotion and language. The symbolic function of language is seen as an important factor. Feelings are closely tied to language, so language can provide emotional experiences without actual physical events or objects. Frequently pairing an emotional experience such as anxiety with a negative evaluation of that experience makes the two functionally equivalent.

These new cognitive behavior therapies focus on the context rather than the modification of the physical environment. The new generation of CBT deals with the range of human experience more broadly. 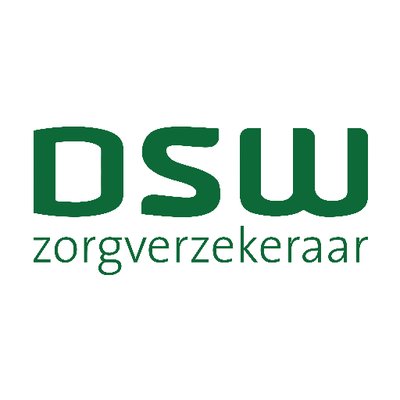