See figure 8.1 on page 240 for the COBIT framework. It shows the business and governance objectives. The information for the management has several requirements:

Information must satisfy the seven criteria listed above. The processes to achieve this are grouped into four basic management activities, also called domains.

COBIT specifies 210 detailed control objectives for these 34 processes to enable effective management of an organization’s information resources. It also describes specific audit procedures for assessing the effectiveness of those controls and suggest metrics that management can use to evaluate performance.

The ‘Trust Service Framework’ is not a substitute for COBIT, because it addresses only a subset of the issues covered by the COBIT.

The objective of time-based model of security can be expressed in a formula that uses the following three variables.

C = the time it takes to respond on the attack

If P > D + C, then the organization’s security procedures are effective. If its otherwise, then the procedures are not effective. The time-based model of security provides a means for management to identify the most cost-effective approach to improving security by comparing the effects of additional investment in preventive, detective, or corrective controls.

It is useful to understand the basic steps criminal use to attack an organization’s information system.

There are two related but distinct type of user access controls that accomplish that objective. It consists of authentication and authorization.

None of the three basis authentication credentials, by itself, is fool proof. The use of two or all types in conjunction is called the multifactor authentication process. It is quite effective. Using multiple credentials of the same type, a process is referred to as multiple authentication. It can improve security.

Authorization controls limit what those individuals can do once they have been granted access. Authorization is the process of restricting access of authenticated users to specific portions of the system and limiting what actions they are permitted to perform. Authorization controls are often implemented by creating an access control matrix. When an employee attempts to access a particular information systems resource, the system performs a compatibility test that matches the user’s authentication credentials against the access control matrix to determine whether that employee should be allowed to access the resource and perform the requested action.

A device, called a border router, connects an organization’s information system to the internet. Behind the border router is the main firewall. The firewall is either a special-purposed hardware device or software running on a general-purpose computer.

The demilitarized zone (DMZ) is a separate network that permits controlled access from the internet to selected resources. The border router and the firewall acts as filters to control which information is allowed to enter and leave the organization’s information system.

The transmission control protocol (TCP) specifies the procedures for diving files and documents into packets to be sent over the internet and the methods for reassembly of the original document or file at the destination.

The internet protocol (IP) specifies the structure of those packets and how to route them to the proper destination.

Special-purpose devices called routers are designed to read the destination address fields in IP packet headers to decide where to send (route) the packet next.

A set of rules, called an access control list (ACL), determine which packets are allowed entry and which are dropped. Border routers typically perform static packet filtering, which screens individual IP packets, based solely on the contents of the source and/or destination fields in the packet header.

Deep packet inspection is a process of examining the data contents of a packet. The added control comes at the cost of speed. It takes more time to examine the body of an IP packet. Deep packet inspection is the heart of a new type of security technology called intrusion prevention systems (IPS) that monitors patterns in the traffic flow, rather than only inspecting individual packers, to identify and automatically block attacks. An IPS consists of a set of sensors and a central monitor unit that analyses the data collected. Sensors must be installed in several places to effectively monitor network traffic. IPSs use several different techniques to identify undesirable traffic patterns.

The Remote Authentication Dial-In User Service (RADIUS) is a standard method to verify the identity of users attempting to obtain dial-in access. Dial-in users connect to a remote access server and submit their log-in credentials. The remote access server passes those credentials to the RADIUS server, which perform compatibility tests to authenticate the identity of that user. Only after the user has been authenticated is access to the internal corporate network granted. The problem is that modems are cheap and easy to install, so employees are often tempted to install them on their desktop workstations without seeking permission or notifying anyone that they have done so. The most efficient and effective way to periodically check for the existence of rogue modems is to use war dialing software. This software calls every telephone number assigned to the organization to identify those which are connected to modems.

Endpoints is the collective term for workstations, servers, printers, and other devices that contains the network of the organization. There are three devices that are very important:

most systems come with extensive capabilities for logging who accesses the system and what specific actions each user performed. A log analysis is the process of examining logs to identify evidence of possible attacks. These logs form an adit trail of system access. It is important to analyse logs of failed attempts to log on a system and failed attempts to obtain access specific information resources. It’s also important to analyse changes to the logs themselves and logs need to be analysed regularly to detect problems in a timely manner.

Intrusion detection systems (IDSs) consist of a set of sensors and a central monitoring unit that create logs of network traffic that was permitted to pass the firewall and then analyse those logs for signs of attempted or successful intrusions. An IDS can be installed on a specific device to monitor unauthorized attempts to change that device’s configuration. The main difference between a IDS and an IPS is that the former only produces a warning alert when it detects a suspicious pattern of network traffic, whereas the latter not only issues an alert but also automatically takes steps to stop a suspected attack.

It is really important that the management monitors and evaluates both system performance and controls. The COBIT framework provides management guidelines that identify critical success factors associated with each control objective and suggest key performance indicators.

A computer incident response team (CIRT) is a team that is responsible for dealing with major incidents. The CIRT should not only include technical specialist but also senior operations management, because some potential responses to security incidents have significant economic consequences. The CIRT should lead the organization’s incident response process through the following four steps.

The CISO is responsible for information security. This person should be independent of other information systems functions and should report to either the chief operating officer (COO) or the (CEO).

once a vulnerability has been identified, the next step is to explore and document how to take advantage of it to compromise a system. The set of instructions for taking advantage of a vulnerability is called an exploit. Once an exploit is published on the internet it can be easily used by anyone who runts that code.

A patch is code released by software developers that fixes a particular vulnerability. Patch management is the process for regularly applying patches and updates to all software used by the organization.

Virtualization takes advantage of the power and speed of modern computers to run multiple systems simultaneously on one physical computer.

Cloud computing takes advantage of the high bandwidth of the modern global telecommunication network to enable employees to use a browser to remotely access software, data storage devices, hardware and entire application environments.

Virtualization and cloud computing alter risk of some information security threats, but they also offer the opportunity to significantly improve overall security. 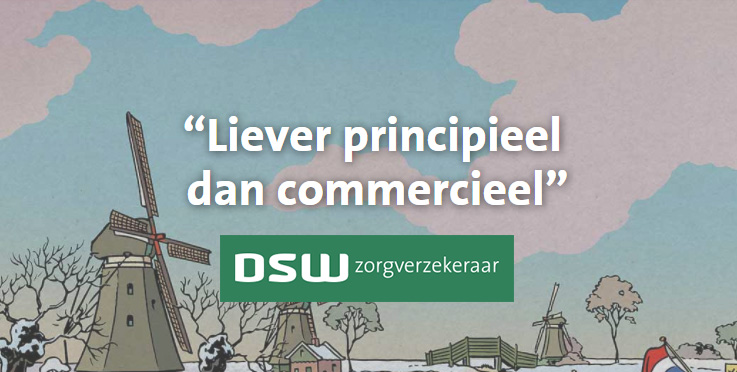