in binnen of buitenland  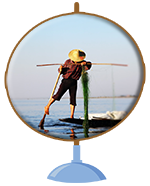 Katzenbach and Smith defined the term ‘Team’ as a small number (between 2-25 members) of people with complementary skills who are committed to a common purpose and approach for which they hold themselves mutually accountable. The following conditions apply to a team: members of the group have shared goals and interact with each other to achieve those goals. Moreover, team members have well-defined and interdependent roles and an organisational function as team.

As organisations want to use effectively talents to improve performance of all groups, the contingency model for staffing work teams (Figure 8.2) would be appropriate. This way, it can also train and develop new talents whereas concentration of talent would lead to the maximised performance.

Within every team are different roles with its positive qualities and allowable weaknesses in order to be successful. Meredith Belbin identified in her framework nine roles that can be classified into do-roles, think-roles and social roles (shown in Table 8.1). In creative groups is a balance of all these roles that are complementary to each other.

Michael J. Stevens and Michael A. Campion developed a model for assessing one’s readiness for teamwork as also organisations need to make sure teams are staffed with skilled people. In Table 8.2, Interpersonal KSAs (the right Knowledge, Skills and Abilities) and the Self-management KSAs are divided up. The KSAs that are interpersonal are conflict resolution, collaborative problem solving and communication. The other KSAs that are involved in self-management are goal setting and performance management and planning and task co-ordination. Team-oriented organisations need to keep in mind to consider these KSAs when recruiting, hiring, staffing and training. But this alone is not enough: other characteristics such as personality also facilitate team functioning.

There are two effectiveness criteria for work teams: performance and variability. Whereas performance satisfies the need and expectations of outsiders (clients, customers and fans), team variability satisfies the team member’s willingness to contribute. The ecological model of work-team effectiveness (Figure 8.3) illustrates the interaction of work teams in their organisational context. It emphasises the need of an organisation life-support system. Six critical variables in the organisational context help work teams to be effective: strategy, structure, technology, culture, rewards system and administrative support/training. The five important factors of the internal processes of work teams are listed in Figure 8.3. The characteristics of an effective team are listed in table 8.3.

Why don't teams achieve their goals?

However, 80% to 100% of teams have difficulties in achieving their goals that may have the following reasons:

Figure 8.4 presents a summary of why work teams fail and what managers and team managers should bear in mind to avoid problems. The main threats, according to that figure, are unrealistic expectations leading to frustration, which, in turn, encourages people to abandon teams. Further, the common management mistakes involve doing a poor job of creating a supportive environment for teamwork.

What is team building?

Team building is a term for many techniques aimed at improving the internal functioning of work teams. They strive for greater cooperation, better communication and less dysfunctional conflict. Team building gives team members the possibility to struggle with simulated or real-life problems. Analysing the outcomes can then determine on how to improve the team processes. The four purposes of team building are according to Richard Beckhard:

teach others to appreciate and motivate themselves, ask others to keep track of their own progress and expect much from themselves. Further, managers should expect team members to practice their skills and be critical of their own performance. Hence, instead of domination, empowerment is the primary goal.

The three most important components of teamwork are co-operation, trust and cohesiveness.

Co-operation occurs when individual efforts are integrated to achieve a collective objective. Morton Deutch showed how people’s beliefs are related to their interdependence: when acting in co-operation, people believe that goal attainment by other people will also foster their own goals but, in turn, believe that goal attainment by others will diminish their own when they are in competition. Hence, team members are in a ‘mixed motive’s situation.

Trust is the reciprocal (give-and-take) faith in other’s intentions and behaviour. The personality trait called propensity to trust includes one’s general willingness to trust others and is an element of organisational trust model. Trust involves a cognitive leap that is based on beyond the actual experience with another person. To trust someone means to have faith in somebody’s good intentions. However, the act of trusting someone also carries risks of betrayal. There are six guidelines for building and maintaining trust:

Cohesiveness is the process of togetherness. Team members that are cohesive stick together for the following reasons: the enjoyableness each others’ company and the need to accomplish a common goal. There are two types of cohesiveness:

There is evidence to the connection between team cohesiveness and performance: In smaller cohesive teams the performance effect was strong. This effect becomes even stronger in military groups and sport teams. Further, this has also the most powerful impact on the commitment to the task. Regarding the performance, the tendency for success rather binds team members together.

However, cohesiveness does not minimise friction. To conclude, enhancing group performance is not likely to be effective by fostering interpersonal attraction.

Steps Managers can take to enhance the two types of cohesiveness are listed in table 8.4.

Erik Sundstrom developed the general typology of work teams and identified four general types of work teams: advice, production, project and action teams. Further, he examined these types by means of four key variables: the degree of technical specialisation and of co-ordination with other work units, work cycles and typical outputs.

The three approaches to teams in action are:

All have recognisable labels, some research evidence and range from low to high degrees of empowerment. The three types of teams are distinct but still overlap somehow.

In general, quality circles are also called parallel structures as they exist outside normal channels of authority and communication. On the other hand, self-managed teams are integrated into the organisational structure whereas virtual teams tend to be parallel.

Quality circles consist of small teams of people who work in the same field of activity and identify, analyse and recommend solution for problems. They (10-12 members) meet on regular basis during work hours once a week or twice a month. Management supports the quality circle programme by additional training. Not monetary rewards but intrinsic motivation is the primary reward for quality circle volunteers.

In the field of research, one expert made the conclusion that about 60% of quality circles failed due to poor implementation. However, the lack of standardised variables makes research on quality circle inconclusive.

Virtual teams contain of individuals across various boundaries using the communication technology. They may be defined as a physically dispersed task team that conducts its business through modern information technology.

Whereas the spatial distance in virtual teams is distributed and the communication is mediated technologically, traditional team’s distance is proximal and the communication takes place in face-to-face meetings. In the dynamic global environments, virtual teams are beneficial due to flexibility, lower costs and improved resource utilisation. However, the lack of face-to-face interaction can weaken trust, communication and accountability that can lead to low individual commitment, role overload, role ambiguity, absenteeism and social loafing. The flow of conversation is in virtual teams disturbed because communication modalities (para-verbal and non-verbal) cannot be mediated. Further, difficulty in communication and understanding the salience of information and in interpreting the meaning of silence can cause problems. Hence, those teams are more task-oriented and less in the exchange of social-emotional information. To prevent geographical and organisational distance, trust that is not based on strong interpersonal relationships had to be established. The so-called ‘swift’ trust develops on social bonds formed by informal chats. Virtual teams that started with low levels of trust had a lack of social introduction, concern with technical uncertainties and a lack of enthusiasm whereas high level of trust showed high enthusiasm and extensive social dialogue. Repairing broken trust after a conflict between virtual team members is the most critical role for the e-team leader.

Self-managed teams are groups of workers that are given ‘administrative oversight’ such as planning, monitoring and staffing for their task domains. Those work groups supervise themselves and are referred to autonomous work groups are self-directed work groups. Team members share or rotate leadership and hold themselves mutually responsible. The former manager starts as a team leader and is responsible for keeping the project on track. During the team maturation, the former manager acts more as coach but remains member of the team. To determine whether on-the-job training and coaching is necessary, the team members measure their progress against the agreed-upon goals, approach, skills and competences. The most delegated tasks among companies with self-managed teams are work scheduling and dealing directly with customers.

Self-managed groups are a British concept from the 1940s that is often in place in Australia, Scandinavia, USA and the Netherlands. Team members of self-managed teams score high on group autonomy that empowers those who are able to handle additional responsibility. Group autonomy comprises three types: work method autonomy, work scheduling autonomy and work criteria autonomy. 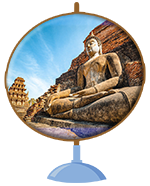 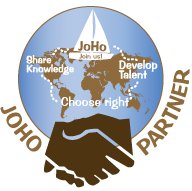 To my lists & bundles 

To my shopping cart 